“It’s been a real steep learning curve, but I hit the ground running,” Thompson said in a recent interview.

“I had a grand island tour the very first day, have met many people, I’m learning the topography and seeing large hills. The Bahamas is fairly flat, so these are new scenes for me.”

Early on, he visited Nevis, the second island that makes up the dual-island nation of St. Kitts and Nevis, and met another CEO new to his post: Devon Liburd of the Nevis Tourism Authority.

“He took me around, gave me a great tour. I met Premier Mark Brantley, ate delicious conch fritters at the Sunshine Shack, enjoyed my stay at the Four Seasons and then I got work,” Thompson said.

As CEO, he has a lot more on his plate than fritters.

Airlift is on his mind.

“We’re not back to where we were pre-Covid,” he said. “We’ve got daily service on American and two AA flights out of Miami on Saturday as well as Saturday-only service from JFK and from Charlotte. United flies from Newark on Saturdays through March and Delta from Atlanta. We’re talking with JetBlue. 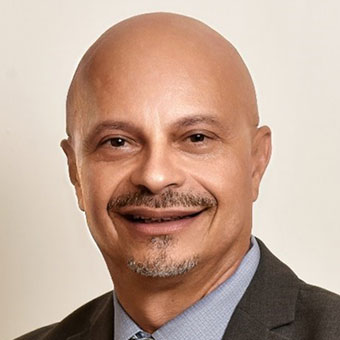 “Increasing our visitor arrivals is dependent upon getting more airlift,” he said. “The airlines have issues with crew shortages. Some carriers are intent on building up their domestic routes where there is demand, but our situation will improve, I know.

What about cruise, I asked.

“St. Kitts had pretty decent passenger numbers, with 66 calls in December, 52 in January and 65 in February. That made the taxi drivers and the vendors very happy,” he said.

“When many of the lines will reposition their ships after April and head for Europe and other points, it means less calls here, although at this point we don’t know what the situation will be in Europe,” he said, referring to the ongoing war in Ukraine.

The hotel scene on St. Kitts

Occupancy rates are of concern for the new CEO.

“We have work to do. Occupancies are low despite both St. Kitts and Nevis having a range of properties in all price points. We’ve got 1,943 rooms on both islands. We want to get Kittian Hill reopened on St. Kitts as well as the Ramada property on the northern end of the island.”

St. Kitts plans to launch a major marketing campaign in late summer/early fall. Target markets for the campaign will be romance, especially weddings and honeymoons, as well as leisure and group business.

Travel advisors account for approximately 40% of all bookings for St. Kitts, but Thompson said the authority wants to boost the percentage and increase the numbers in its Preferred Agents specialist program.

St. Kitts and Nevis admit only vaccinated visitors who must complete a travel authorization form, vaccination proof and an RT-PCR test result done within 72 hours of arrival. There’s no quarantine or test on arrival.

Thompson said the entry protocols were “working well” and that on-island vaccination rates stand at more than 82% of those over 18 receiving the first vaccine dose and 65% the second dose. Schools have reopened, there’s inside dining, lots of outdoor venues and accommodations have been certified and inspected.

Although Thompson’s been busy since his arrival, he’s formed a few impressions of his new home.

“I’m struck by the beauty of this destination, the feeling of zen,” he said. “I felt at home right away. I have space to breath, lots of activities to do when I have a chance and I’m blown away by the culinary scene here and on Nevis.”

“And I’ve only slipped a couple of times, saying Bahamas instead of St. Kitts.”

'Euphoria,' 'Emily in Paris' are the 'most fashionable' shows of 2022 – Philstar.com