The ePlane Company, which aims to build electric planes for door-to-door commute in cities and ease traffic congestion, was started at Indian Institute of Technology, Madras, (IITM) in April 2017 by Professor Chakravarthy and Pranjal Mehta to transform the mobility landscape.

In urban areas, people spend hours commuting. Can it be reduced to 10-15 minutes at a similar cost? That’s the guiding concept behind this initiative. The possibilities in aerial mobility are endless, as affordable air ambulances can become a reality.

The pioneering project seeks to break open inefficiencies in both cargo and passenger transportation over the next few years.

Professor Chakravarthy, who visited Dubai recently to showcase their full-scale mock-up at the India Pavilion in Expo 2020 Dubai, spoke to about his path-breaking initiative in the deep tech sector.

“Perhaps, Dubai and the UAE are most open to experimenting with urban mobility,” he said.

“The UAE is seriously warming up to a lot of futuristic technologies. It’s quite similar in India, where we’re adopting frugal engineering. We’ve demonstrated in India hi-tech development in space as well as military aircraft technologies. The eplane can be a mode of conveyance in the UAE in the next few years because of its tight urban environments akin to India,” he said.

Professor Chakravarthy, who has abiding interest in deep tech and aerospace, is busy “making prototypes of the most compact electric aircraft in the world”.

He said, “our eplane’s e200 can take off from very tight spaces such as rooftops of apartment complexes. Similarly, in the United States of America (USA), the aircraft can land in front of suburban homes with a typical two-car garage. Typically, e200 takes the space of about two car parking lots.” 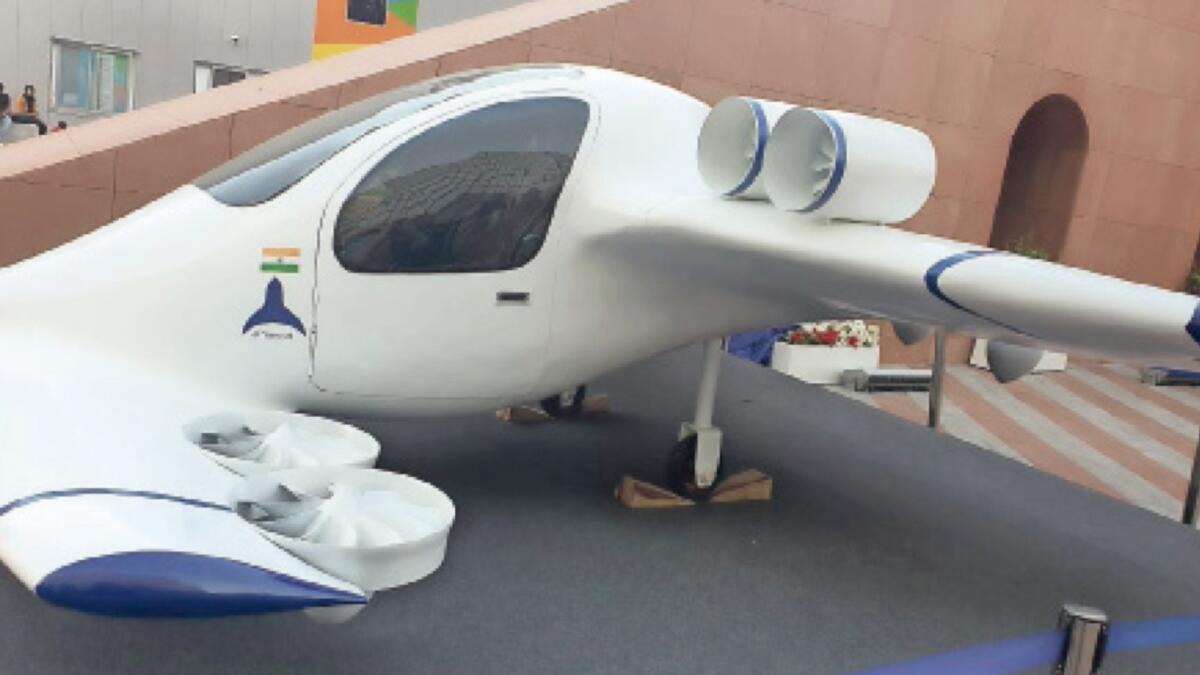 He added, “drone-type aerial vehicles can do short distances such as 10 kilometres before their batteries are to be recharged. So, there will be a downtime after nearly every trip. Eplane is an aerial vehicle that works on the fundamental principles of a plane while flying forward, but vertically takes off and lands (VTOL) like a drone. This would ease traffic congestion.”

Professor Chakravarthy explained that they would use a corridor that is above what is used for drones, which is typically about 400 feet. The eplane corridor would extend between 500 and 1,500 metres.

Commercial viability is the key challenge for the project, which operates from the National Centre for Combustion Research and Development at IITM, which has incubated over 250 startups to date.

“Our model has a lot of technical knowhows. There is a significant knowledge base that is available pretty much for free or at low cost. Engineering colleges have been churning out a high volume of engineers. Besides, commercial software can be used for initial designs that don’t require much pedigree. These are enabling Indians to design hi-tech products at a low price point,” he added.

“Our initial cost is about $5 (Dh18.37) million to develop the first few prototypes. The project is likely to go downstream by 2025. The total investments are likely to be to the tune of around $31 (Dh113.86) million,” Professor Chakravarthy said. 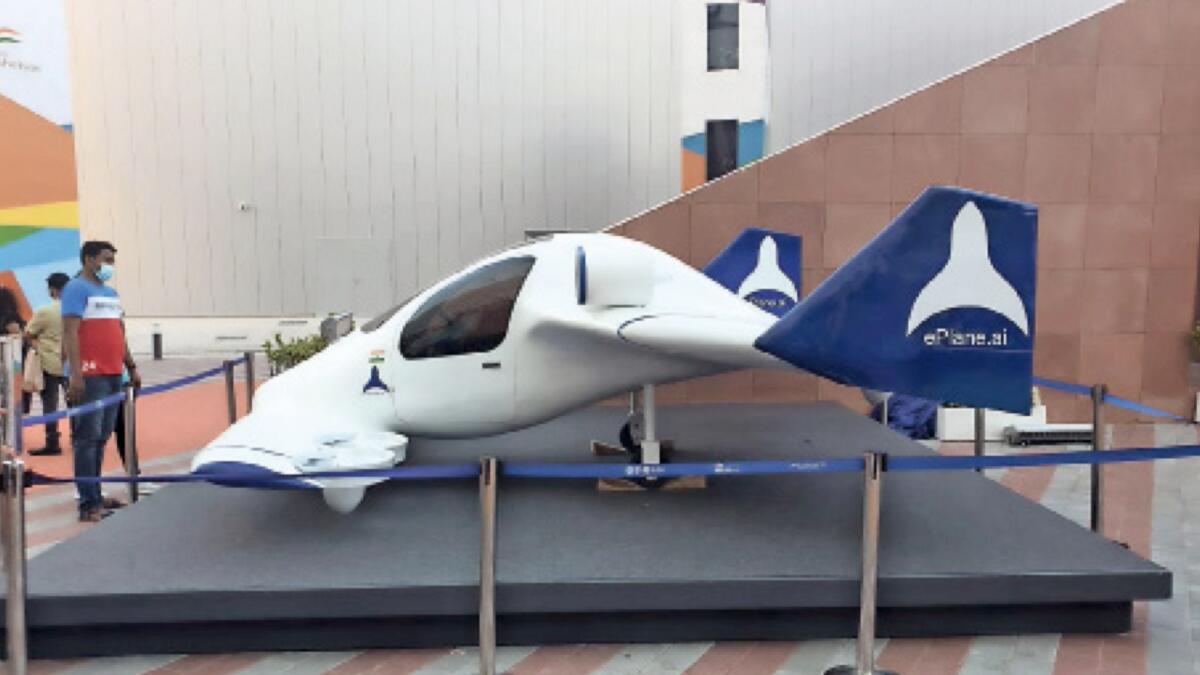 The investment was led by deep-tech VC Speciale Invest and co-led by Micelio, and has participation from UTEC, 3one4, InfoEdge, Naval Ravikant, IIM Ahmedabad’s CIIE. Co,

First Cheque, Java Capital, Sharechat co-founder Farid Ahsan, and a syndicate of non-resident Indians based in the USA.

The race is hotting up regarding who gets to build, operate, and own first the electric VTOL plane in the world. “Several companies are in hot pursuit in both the USA, Germany, and China, and at least one more in India,” he added.

India, which has 91 unicorns and a collective valuation of $311 (Dh1,142.31) billion, may be looking at this eplane project as another unicorn, “We don’t have a choice because we’re in aerospace. Unicorn is the bare minimum that we need to strive to attain,” Professor Chakravarthy said.

He attributed the early success of his project to his team of 40 people, a happy blend of youth and experience.

After a brief post-doctoral stint at Georgia Tech, he joined the Department of Aerospace Engineering at IITM in 1997, where he was appointed Assistant Professor in 1998, and Associate Professor in 2003.

He has been serving as Professor there since 2009. In between, he has visited Georgia Tech in 2000-2001, and Tekniche Universität, Darmstadt. in 2002, 2003, 2006, and 2009. He largely works in the areas of propulsion and combustion, and research on different aspects of combustion in gas turbine and rocket engines.