This Famed Finance Professor Thinks Meta Platforms Is All Upside. Is He Right?


Meta Platforms (META 2.53%) has suffered an epic collapse over the last year.

The Facebook parent’s pivot to the metaverse is on track to cost it $13 billion in operating losses this year, and its ad business has slowed dramatically due to competition from TikTok, Apple’s crackdown on ad tracking, and macroeconomic headwinds.

While that’s all bad news, what’s already happened to Meta stock shouldn’t matter at this point. What does matter is if the stock offers a good value at its current price, or if the discounted value of future cash flows is greater than the current valuation. So the best question to ask about the stock isn’t “Is the business struggling?” The question is, “Is Meta a good value now?”

One of the brightest and most respected minds in finance and valuation, NYU Finance Professor Aswath Damodaran, the author of several books on valuation, including The Little Book of Valuation, just answered that question with a resounding “yes.”

In a recent blog post, Damodaran valued Meta under a “doomsday” scenario.

Damodaran’s assumptions started with Meta’s trailing-12-month operating income, which appears to be temporarily impaired by macroeconomic headwinds. He also assumed there would be no growth in advertising income, and the business would have 20 more years of life. R&D expenses will continue to be $32 billion a year, Damodaran assumed, and Meta will lose $10 billion a year in reality labs, its division devoted to the metaverse. Finally, Damodaran assigned a 9% cost of capital to Meta as he believes it’s in the 75th percentile of risk.

That gives the company a no-growth net income of $26.7 billion for the next 20 years.

Under those circumstances, Damodaran found that Meta’s equity is valued at about $259 billion, or $330 billion without reality labs. By comparison, Meta’s current market cap is $325 billion, meaning the stock has essentially no downside if you back out the losses from the metaverse business.

At the stock’s bottom a few weeks ago, its market cap had fallen all the way down to just $236 billion.

This isn’t the first time the NYU professor has taken a stab at Meta’s valuation. In fact, back in February, Damodaran valued the FAANG stock at $346.16 a share, though the stock was trading at just $220 then. That valuation assumed the company would sustain a 40% operating margin, which now seems impossible, given the money it’s pouring into the metaverse project.

That exercise also highlights how calculating valuations is often an academic practice as it’s hard to predict future cash flows, especially for a company like Meta, which in the midst of a business-model change.

Admittedly, Damodaran’s doomsday model is crude as it doesn’t assume any changes in the company’s operating income for the next 20 years, and the company’s business is likely to change in a number of ways.

What we do know is that Meta will probably report a wider loss next year than it will in 2022. Already, the company has told investors to expect losses in reality labs to significantly expand next year, meaning they could reach $15 billion to $20 billion. However, management said that from 2024 on, it would aim to control reality-labs spending so the company can grow overall operating income. 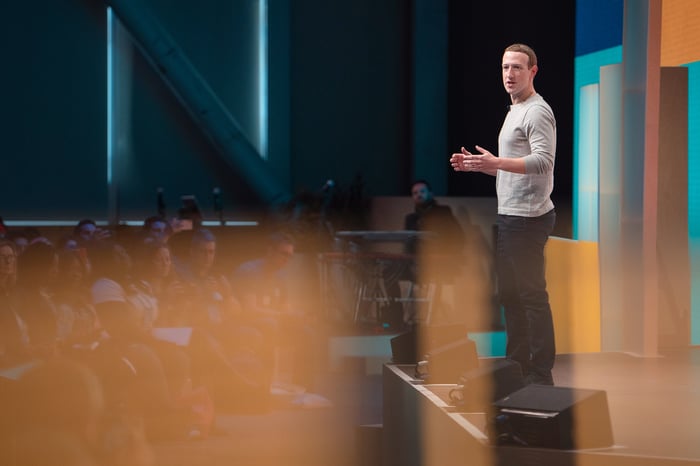 Facebook’s advertising business is also a question mark as the company has clearly been impacted by Apple’s ad-tracking changes and competition from TikTok, but there’s some good news on this front. Management said on the third-quarter earnings call that it’s lapping the worst of the ad-targeting restrictions so the headwinds from those changes will start to disappear. The company has also been investing heavily in Reels, its TikTok-like short-form video product, and the company expects Reels will begin making a material impact to operating income in the next 12 to 18 months.

Damodaran’s doomsday valuation should offer some comfort to Meta shareholders as it’s a strong indication the floor on the stock price is high, even if various things go wrong.

While the next year still looks challenging for Meta, the long-term picture looks favorable, especially considering the limited downside at its current price, according to Damodaran.

Is the worst over for bitcoin and the rest of crypto?

Ebay to lay off 500 employees – Reuters